Mining software for bitcoin enables users to employ computer hardware to contribute to the administration of the blockchain technology that underpins bitcoin (BTC). You may receive newly produced Bitcoins as a reward for your work.

The vast majority of Bitcoin mining software can be downloaded for free, and it is compatible with all of the most popular operating systems. The computer gear used for cryptocurrency mining is most frequently referred to as mining rigs. Mining rigs can range in complexity from a cloud computing option to a fully customized system that costs thousands of dollars.

What Is Crytocurrency Mining

First things first, let’s go over some terminology and some background information. In a nutshell, Bitcoin mining, also known as cryptocurrency mining, is a relatively new form of technology that enables users to acquire new crypto currencies through the process of completing complex mathematical computations. The issues are exceptionally difficult to solve, and in order to keep the mining process moving forward, the miners need to make use of extremely strong machinery.

In the process of mining cryptocurrencies, participants on the Blockchain network are rewarded with a proportion of the newly generated digital coins for each block that they contribute. The award value is decreased by one-half for every 210,000 blocks that are successfully built (and the halving process typically takes place every 48 months).

Benefits That Come With Mining Cryptocurrency

Here are some benefits of mining cryptocurrency.

CGMiner makes use of a command-line interface, which enables users to mine remotely from their own rigs as well as manage fan speeds and other parameters through the use of straightforward keyboard commands. In addition to this, the program provides sophisticated identification of newly created blocks and makes it simple to scale up hashing power without incurring delays.

CGMiner is cross-platform compatible, therefore although though it is built on Linux, it can be used on machines that run Mac OS X or Windows. The fact that it is open-source and written in C makes it simple for anybody to examine and validate the software’s source code. CGMiner is compatible with a wide range of mining hardware, including FPGAs, GPUs, and CPUs, in addition to being cross-platform compatible. This allows it to mine cryptocurrencies such as bitcoin.

The absence of a graphical user interface in CGMiner can be intimidating for first-time users, which is why more experienced users should consider using it. It is well known that the program is notoriously tough to install on PCs that are running Windows 10. Antivirus software, such as Windows Defender, is another piece of software that may make life tough for users. Downloading and using CGMiner is completely free, and it can be found on GitHub.

BFGMiner is a piece of mining software that was initially released in 2012 by developer Luke Dashjr. Since then, it has become one of the most popular pieces of mining software available, ranking just behind CGMiner in terms of popularity. It provides users with the ability to monitor hardware temperature, identify and start idle threads, and control rigs remotely, which places it solidly in the category of the best software for customisation.

Because BFGMiner was initially intended to give support for FPGA mining to a popular GPU miner at the time it was developed, the software is only compatible with FPGA and ASIC mining hardware. The program, much like CGMiner, is developed in C and can be used on computers running Linux, Mac OS X, and Windows. Additionally, there is a possibility to install it on Raspberry Pi.

The capability of BFGMiner to mine a number of different cryptocurrencies all at once is one of the program’s most appealing selling points. The program gives users the ability to mine, hedge, and transfer their risk across many cryptocurrencies by hashing simultaneously on different mining algorithms. These algorithms include Scrypt and SHA256d.

The majority of mining software requires some knowledge of coding, however MultiMiner makes it possible for beginners to begin mining without any prior experience. The program guides users through the process of installing it and then analyzes the specifics of the hardware, including the average hashing power and the connected pool.

Even further, MultiMiner walks customers through the process of connecting to a pool, directing them precisely where to enter the information related with the pool as well as how to do so. The program also provides users with remote access to their mining rigs, allows users to pick their own mining method, and automatically mines the cryptocurrency that is either the most profitable or has the lowest difficulty, while displaying an estimate of the earnings that will be made.

Since MultiMiner was developed for Windows, users will need to download and install extra software on their Macs or Linux computers in order to utilize it. To our good fortune, there are clear instructions available for doing so. Additionally, the software makes it simple to swap between several types of mining rigs, including as GPUs, ASICs, and FPGAs. Power users have access to MultiMiner’s complex capabilities as well, including direct access to API settings and engine arguments, despite the fact that the software is user-friendly enough for novices. The software can be downloaded and used without cost at any time.

Awesome Miner provides customers with a variety of helpful tools designed to increase profits and reduce the amount of time spent mining. The software is compatible with several of the most common mining algorithms, can manage numerous types of mining hardware at the same time (including ASICs and FPGAs), and supports more than 50 mining engines (including cgminer, bfgminer, xmrig, and srbminer, among others)

Awesome Miner makes it simple for users to create, switch, and manage various miner pools with just one click, which enables them to begin mining in significantly less time. All of this is handled through Awesome Miner’s extensive dashboard, which also displays hardware attributes like as fan speed, temperature, and other relevant information. Miners have access to a built-in C# script engine that the program provides, which may be used to create customized triggers and actions.

The web-based version of Awesome Miner is accessible from any web browser or computer, despite the fact that the desktop version of the software is optimized for Windows and Linux. Downloading and using Awesome Miner does not cost anything.

How To Pick The Best Bitcoin Mining Software

Cloud-based software that doesn’t require mining equipment and applications geared for more basic CPU and GPU mining are likely to be the most appealing options for beginners.

It’s possible that more experienced miners with more powerful computers may want to use customisable programs that allow them to use a wider selection of mining equipment, mining pools, and more options to customize their mining rigs. 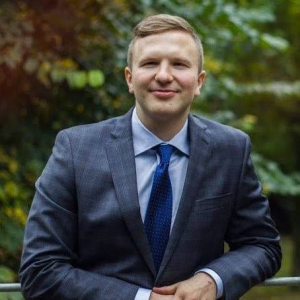